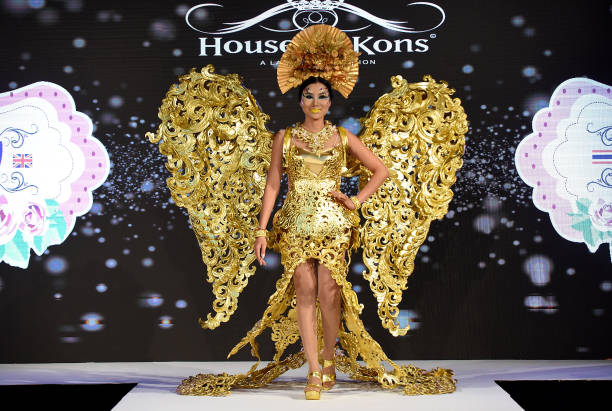 Fab new fashion demands head turning hair. So how marvellous some talented Racoon family members were on hand backstage at a London Fashion Week show to further glamorise gorgeous models at the The House of iKons show.

Part of London Fashion Week, House of iKons shows took place at the Millennium Gloucester Hotel on 15th and 16th September. The event uniquely showcases phenomenal new talent, helping up and coming designers of all ages and backgrounds to unveil their collections to the fashionista crowd.

Day one featured more than 15 new designers, day two showing 10-plus new names for an iKonic Kids Fashion catwalk – a first-time special created to focus the spotlight on children’s fashion, echoing the event’s mantra that fashion is for anyone, of any age, anywhere around the world.

Managed under the expert direction of founder Savita Kaye (who hosted the event along with Franco Mabanta), House of iKons has established itself as a great platform to launch emerging designers. It’s fast becoming a must-see fashion week staple in cities all over the world from Abu Dhabi, Dubai and Cannes to Beijing, Bangkok and London – with more locations in the planning.

Fashion’s global elite can expect to see the latest trends and stunning innovations on the catwalk, supported by appreciating some of the incredible designs up close and personal within an Exhibition Area open on both days.

As well as the fashionistas, this glam do attracted several media ‘well-knowns’, including Top 3 chart singer David Jordan and Invictus Games star Wayne Harris. Plus, several House of iKons’ designers have had creative pieces lauded by celebs. Beyoncé, Jennifer Lopez, Katy Perry, Lady GaGa, Paris Hilton, Britney Spears, and Tyra Banks have all being dressed in some iKons designers’ pieces.